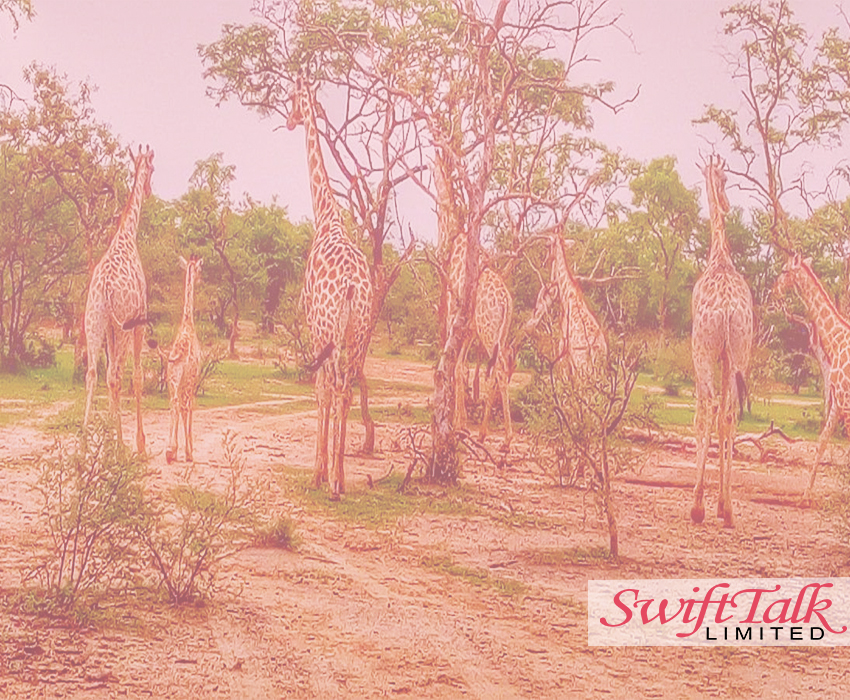 SwiftTalk Limited is an internet service town in the Northern State providing homes, industries and individuals with fast internet connectivity using fiber, satellite, wireless, cable, DSL transmission technologies. As we guarantee the best in our services.

Yankari National Park commonly called the Yankari Game Reserve is a massive wildlife park found in south-central part of Bauchi State, north-eastern Nigeria. It sits on about 2,244 square kilometres (866 sq. mi) of land, playing host to a considerable amount of warm water springs. It also has a wide array of flora and fauna. It has the best location that is the West African Savanna which makes it possible for tourists to see wildfire in their natural domain. It is seen as being one of the most sort after eco-tourism destinations (destinations that offer tourists deeper meaning to the impact humans have on the environment and to encourage more appreciation of our natural habitats) in West Africa.  The Yankari National Park was initially designed as a game reserve in 1956, which later developed into Nigeria’s largest national park in 1991. It is the most sort out tourist destination in Nigeria. This helps bolster the growth of tourism and ecotourism in the country.

The surrounding lands around the Yankari National Park were occupied by cultivators and ranchers, though for over a century there was no human presence on the park. Nonetheless, there is proof of human habitation in the park preceding its creation, such as caves and old iron smelting sites. The Northern Regional Committee in the year 1934 made an endorsement to the Executive Council to establish a trial game reserve in Bauchi Emirate. This was backed by a minister in the former northern Nigeria’s Ministry of Agriculture and Natural Resources. He was inspired by a game reserve he visited while on a trip to East Africa. On his return, he led moves to establish the creation of such reserve in Nigeria.

In the year 1956, the approval of the planned Game Preservation Area was given by the Northern Nigerian Government. Yankari was pointed out to be a region in the south which was formerly called Bauchi Province which played host to a large number of wildlife habitats and could be protected.

It was later turned into a National Park in 1991 by decree 36 of the National Government.

Ecological tourism fondly called Ecotourism is now preferred by a large number of global environmental organizations and helps agencies as a means to sustainable development. It encourages conservation of biological variety by safeguarding ecosystems and has inhabitant culture, flora and fauna as major attractions. Yankari National Park ticks all these boxes.

In 2000 alone, the Yankari National Park played host to about 20,000 tourists from over 100 countries. This gives it the title of most popular tourist attraction in Nigeria and it efficiently handled could rise to become an important aspect in the development and promotion of tourism across Nigeria. It is among the last remaining areas in West Africa where wild animals are preserved in their natural habitat.

Yankari National Park is situated in the southern part of the Sudan Savannah. It comprises of savannah grassland with well-grown patches of woodland. Rolling hills are also found in the region, mainly between 200m and 400m. The highest point is the Kariyo Hill at 640m. The annual amount of rainfall in the park ranges between 900mm to 1,000mm.  Rainy season is from May to September. It has a temperature range between 18°C and 35°C.  Harmattan wind blows from the Sahara during the dry season, frequently bringing with it dusty skies and night temperatures drop to as low as 12°C. The hottest cycle is in March and April, where temperature can go as high as 40°C a day.

The Yankari National Park is a safe haven for over 50 mammal species which include:

On the edge of extinction is the lion. In 2011, only two lions were left in the park.  Leopard long thought to be extinct in the park, one adult male was spotted on WCS camera-trap.

The Yankari game reserve is known for having one of the biggest populations of elephants in West Africa, approximated to more than 300 in 2005.

From 2005, the protected area is considered a Lion Conservation Unit jointly with the Kainji National Park.

As a result of underground geothermal activity, Yankari National Park also plays host to four warm water springs. The camp derived its name from the popular, Wikki Spring gotten from the local Duguri language which interprets “Wikki” as “where are you?”

Other warm springs in the park are Gwan, Dimmil and Nawulgo springs. There is a fifth spring called Tungan Naliki which is the only cool spring.