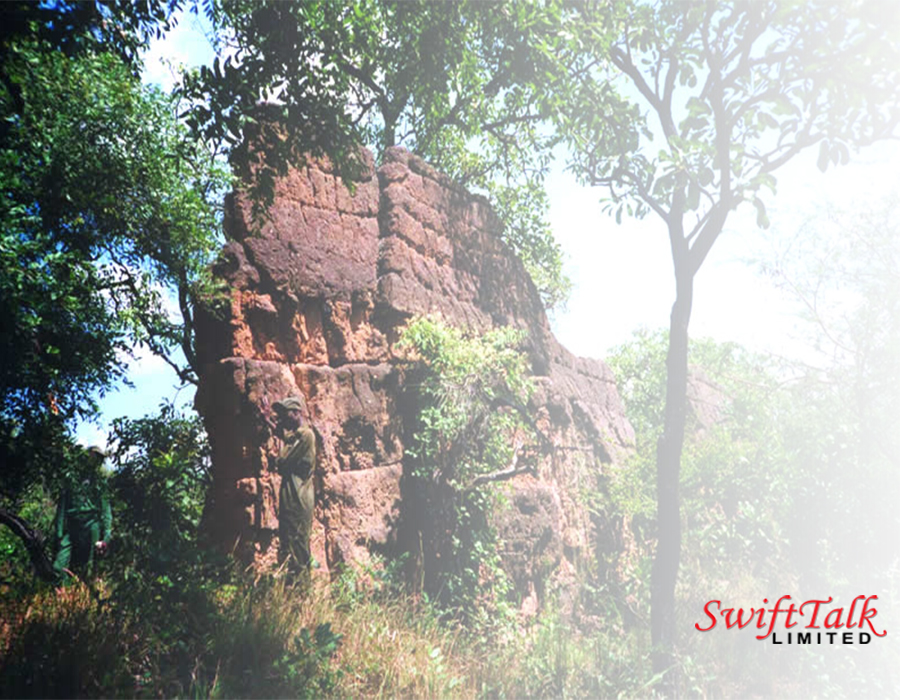 An important part of our responsibilities is to continue to educate you about the beautiful nature of our country Nigeria.

Sungbo’s Eredo is a 160 km long barricade of defensive walls and ditches located off the main road, in the rain forest, southwest of Ijebu Ode, Ogun State. It was built as a sign of respect to the Ijebu noblewoman Oloye Bilikisu Sungbo. This monument is on Nigeria’s tentative list of potential UNESCO World Heritage Sites.

The monument encompasses an area around 25 miles from south to north and 22 miles from west to east. Its earthen bank is 70 feet high from the bottom of a wide ditch, which has a reddish, vertical wall gleaming with patches of moss and covers the same area stated above from south to north. These turns the ditch into a sort of green tunnel. The total length of the rampart is a little bit higher than 160 kilometres (99 mi). The works are performed in laterite, a common African soil made up of clay and iron oxides.

Legends may date the Sungbo Eredo’s relationship with the Islamic Queen of Sheba to the same time frame and it is also the first concrete evidence that state formation took place in the rainforest zone at the same time as in Africa’s savannah zone. The archaeological landscape of Sungbo’s Eredo indicates the presence of a large society in the area before the Trans-Atlantic trade began operations.

The monument acted as a defensive mechanism when it was created in 800-1000, an era of political crisis and strengthening in the southern rainforest of Nigeria. It must have been probably inspired by the same cause of action that led to similar walls and ditches being developed across western Nigeria, most especially earthworks around Ifẹ̀, Ilesa and the well-known Benin Iya, which itself is a 6,500-kilometre (4,000 mi) series of connected but disjoint earthworks in the neighbouring speaking region of Edo.

According to oral tradition. The Eredo was constructed by Sungbo, a rich, childless widow who wanted to be recalled by building a great monument. In 1999, Mr Patrick Darling, an archaeologist then with Bournemouth University said, “the Eredo, which was probably constructed over three centuries, served less as a physical barrier than as a spiritual one.”

The massive size and complicated build of the Eredo gathered worldwide media attention when in September 1999, Mr Patrick Darling, a British archaeologist, then with the above stated university surveyed the site and commenced promoting his bid to protect the Eredo and bring the site a little bit of fame. In 1995, the National Commission for Museums and Monuments submitted the monument into UNESCO World Heritage sites tentative list.