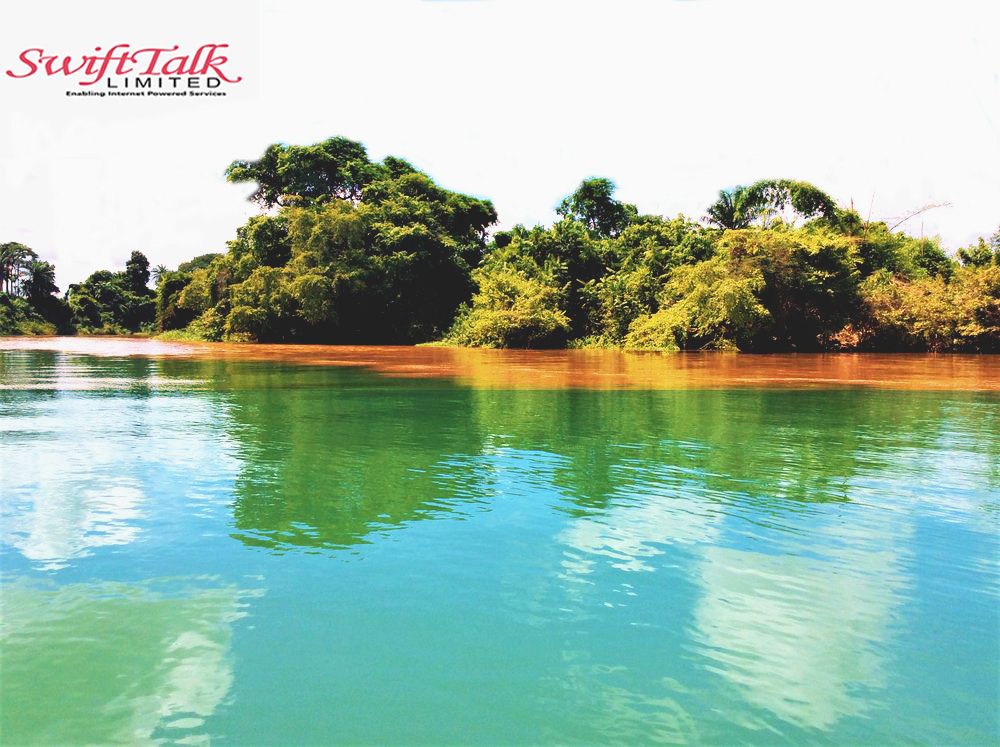 Oguta is located in Imo State of Nigeria, and shares boundaries with Anambra, Delta and Rivers States. It lies within the Lower Niger drainage basin. Oguta is the headquarters of the Oguta Local Government Area and is one of the four crude oil producing Local Governments in Imo State.  It is made up of 27 villages, Umu-Ameshi is the administrative centre for the LGA Oguta LGA. Oguta was one of the first territories used by the British to advance into the Igbo hinterland. As of 2012 Oguta’s population was estimated at 20,096. Originally, the people of Oguta (pronounced Ugwuta).

Oguta Lake is a lean finger lake formed by deposits of clay, sand, and silt that dammed the lower Njaba river. It is a fine piece of water at 8.05km long and 2.41 km wide and the largest natural lake in Imo, and the entire South-East of Nigeria. The lake is important to the people of oil-rich Njaba River basin including Oguta, Orsu, Mgbidi, Nkwesi, Osemotor, Awo-Omamma and Izombe as a source of water, fish, tourism and an outlet for sewerage. Uhamiri is the goddess of the Lake.

Surrounded by a thick forest of oil palm plantations, Oguta Lake retains a prime spot in tourism destinations in the state. A spectacular spot on this lake is the confluence of the Blue water and the Muddy Urashi River. This is a point where two distinct colours of water “meet”. The sight of this magnificent ecological wonder is simply mind-blowing and awe-inspiring. This spot is far from shore, so tourists need to board a speedboat for a 15-minute ride into the creeks to experience this wonder of creation. As you approach this magical spot on the lake, the water splits into two distinct brown and blue colours as they flow side by side without mixing. The beauty of it is that they are not separated by either natural or man-made barriers.

According to the villagers, the two rivers were male and female, man & wife. The blue water is known as Ogbuide believed to be female, while the brown water is male known as Urashi. Stories claimed that they had a quarrel and since then they have flowed separately. According to one of the resides in Oguta, she said if you place the two different water in a bottle, it will explode and this amazes visitors as they wonder why these two rivers flows side by side without making up.

Ekene replied “one of boatman in Oguta” Long time ago, few students came to the lake to see it’s wonders. one of the students stood up and proclaimed that the lake was small enough for him to swim and asked the boatman to turn around so he could jump and swim. As the guide maneuvered, he fell out of the boat into the lake and his body was never found. Stories like these may scare visitors and for good reason. It never hurts to respect local beliefs & traditions.

The surrounding people of Oguta, Orsu, Nkwesi and Awo take pride in this lake, knowing the lake has been a source of sustenance, transportation, food and protein sources from it, so tourists will see lots of canoes and boats on the lakes conveying farmers to and fro. The Oguta Lake Motel and Golf resort, a 3-star hotel, is located within the vicinity for tourists who’ll like to lodge within the area during their visit.

Now, as the new generation lives around the lake, the mystery of the two rivers and it’s history has an important part as well many unanswered question about it’s past remain.