Television And Its Technological Advancement 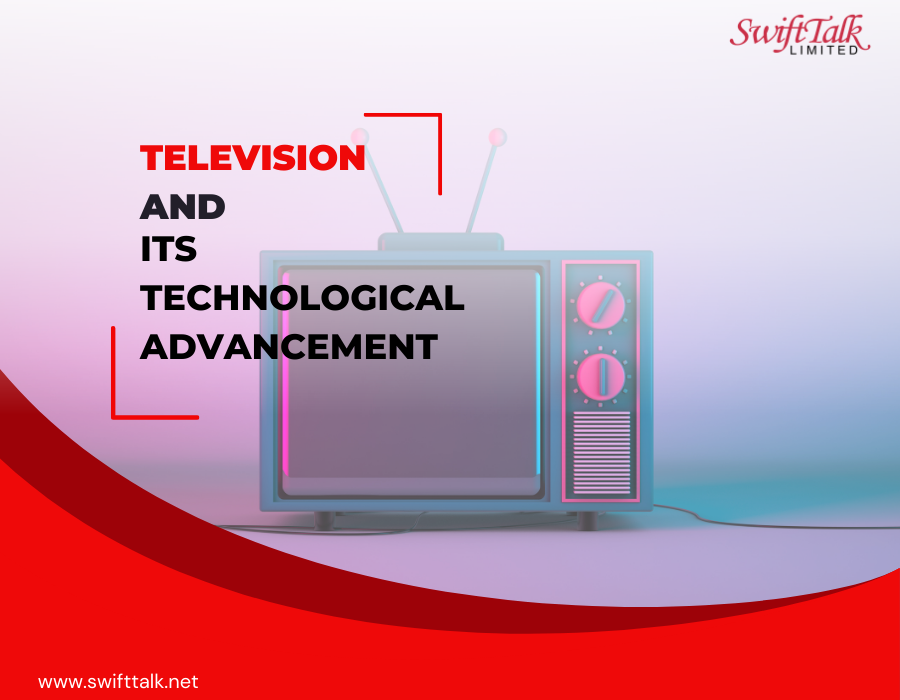 Television, popularly called TV, is an electronic device and a telecommunication medium for transmitting moving images and sound from the sender to receiver. The term television can also be referred to as television set.

It is a mass medium for advertising, entertainment, broadcasting news, and sports updates and other jingles. Television has evolved into different forms as the technology advances.

The elderly people in the society today will remember television as a fairly simple device that delivers shows, has change much over the decades. Then you had a limited selection of channels to choose from, though you could gain a few more if you paid for cable.

Today, in contrast to this, television offers a lot more options. The picture quality is light years ahead of what it was, not just in the last century but even in the beginning of this one. It is really a good and an interesting development, the technology behind this is great.

However, with technological advancement, TV set has advanced with it and this comes with different names which owes to its make up at the time. Below we are going to see different types of Television according to what they were made up of and with respect to their pixel of resolutions.

High Definition TV (HD TV) is the type that broadcast in Ultra High Frequency (UHF) and offers video resolutions as high as 1,920 by 1,080 pixels.

While we all know that TV started out delivering pictures in black and white, and that color only became common in the late 1960s. The television set changed very little close to half a century. That’s because television didn’t evolve beyond the analog technology that is in place then, until relatively this recent time.

The resolution of the images you see on a television screen is based on the pixels it is made up of. In standard definition TV, that is the older form of TV,(what those of us born in the last century grew up with) you have an image built out of 480 rows of pixels with 640 columns in each row.

It is the substantial increase in the number of pixels that increases the level of resolution. That became possible as a result of the shift from analog to digital technology.

HD TVs have been evolving so that what counted back in 2005 will not impress anyone today. In 2005, there was HD Ready, which delivered a minimum resolution of 720 rows, and everybody was enjoying it because it is the latest.

Subsequently, HD Ready was supplanted by what is called Full HD (FHD). This presents images in a clearer way and with a very high resolution of typically 1920 x 1080. That amounts to 2 megapixels, which is nearly 7 times the 0.3 megapixels found in an SDTV screen.

As TVs continued to evolve even beyond the FHD, so different names comes with it, hence we have a new name to designate the quantitative advance that yields a qualitatively better picture. Some refer to this picture quality as Ultra HD (or UHD), others take the more precise name from the number of pixels required. The “4K” here refers to any display format with a horizontal resolution of approximately 4,000 pixels.”

That’s not even the ultimate resolution on the market today. Full Ultra HD, sometimes called 8K, is already there which refers to a resolution of 7620×4320 that would deliver a picture 16x that of FHD!. This is great. However, this will still be replaced in the nearest future.

Organic Light Emitting Diode (OLED) TVs achieve impressive effects through electroluminescence. Each of the tiny OLED pixel in the screen creates light depending on how much electric current you send it. That is what makes it possible to get the ultimate level of contrast, which is a key to excellent quality pictures.

Since OLED can produce a perfect black, emitting no light whatsoever, its contrast ratio (the ratio of the luminance of the brightest shade to that of the darkest shade that the system is capable of producing) is technically infinite.

This feature makes OLED the only technology capable of absolute blacks and extremely bright whites on a per-pixel basis. That incredible range of contrast is what makes it to be considered the very best picture quality.

The curved screen type of it has a curved trajectory similar to a person’s point of focus(horopter) allowing the maintenance of a constant focus.

It goes on to explain that when viewing a flat screen, what’s on the outer edges is farther away from you than what’s in the center. That creates a subtle image and color distortion. That effect increases in proportion to the size of the screen and the closeness of the viewer. Consequently, curving the screen renders the distance consistent and eliminates that distortion.

Another advantage is that curved screens appear larger and brighter. In addition, the shape eliminates reflections from ambient lighting on the sides, and it also reduces specular reflections.

The Connected TV also called Smart TV are the type that can be used to stream live videos based on their direct internet connection. It’s also sometimes called Internet TV, though when using that term or even connected TV, you need to clarify if you’re talking about the device that receives the content or the content available on such a device. To be able to do that, means it must have a built-in internet connection and media platform delivered over the internet.

Smart TVs just like mobile devices, they are picking up data from the user.

That app function is what makes the TVs extremely appealing for advertisers who can learn a lot more about those watching via the app than they can from traditional television advertisement.

Though one of it’s set back is that the operating systems on most of them are not upgradable. That means, if you want to use that TV for a new app or service that emerges, it may not work for that and may generally be considered obsolete much faster than a standard television set.

Notwithstanding, these televisions with built in connections are very popular, especially in the top world countries like USA.  Smart TVs can include specifically branded varieties like Android TV, and hence it is designed to seamlessly connect to the Google Play Store.

Just like the Android smartphones, they will automatically update apps as they become live in the store. Android TV also includes functions built into smartphones and laptops today, namely voice-activation. That means that your TV remote will contain a microphone that can put you in touch with the Google Assistant to get what you want from it without having to use your hands to do it manually.

Internet Protocol TV is one of the latest development in television system. It is the delivery of the television content through Internet Protocols(IP). As cable and satellite TV providers have fallen out of favour over the past few years, people haven’t necessarily given up on TV content but found new forms of content on channels that didn’t exist in the last century.

In IPTV, the streaming content is delivered via a privately-managed network. You can watch Internet TV on a traditional television screen if you add a set-top box at home. But you are not tethered to your set at home, as you can also watch on computer or anywhere you can access the internet by using your mobile device.

IPTV is widely deployed in subscriber-based telecommunications networks with high-speed access channels into end-user premises via set-top boxes or other customer-premises equipment. IPTV is also used for media delivery around corporate and private networks.

Swifttalk is an Internet Service Provider, that deals on Inter-Branch Connection, Wireless And Microwave Services,  Internet Services and many more. Contact us today to know more.