The History Of Ebute Metta 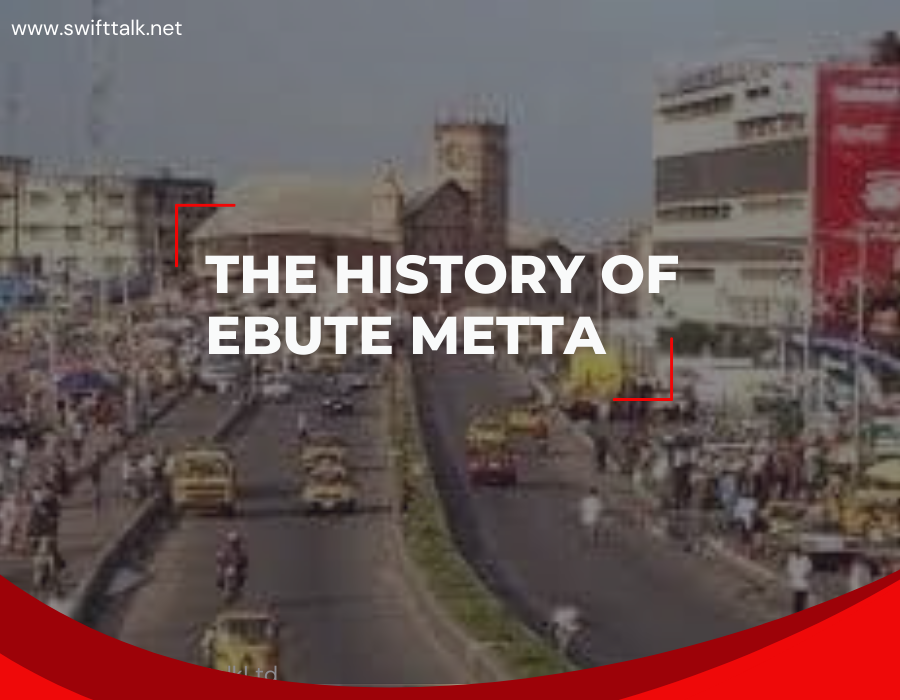 Ebute Metta is one of the popular places in Lagos state with an underlying rich historical background. Although many of us may not know about it. In this article, we are going to unveil the historical development behind this town.

Ebute Metta in Lagos Mainland local government area, is a very old part of Lagos, many of its houses were built during the colonial era using Brazilian architecture. It is known for the production and sale of local food and cloths.

Ebute Metta is part of the Awori Kingdom of Otto. Its capital is at Otto just before Iddo on the way to Lagos Island. Ebute Metta means “The three Harbours” in the Yoruba language. This is because Ebute Metta is primarily made up of three harbours namely, Iddo, Otto and Oyingbo. Back then in the olden days, the king, Oba Oloto of Otto, controlled these harbours and had his agents collecting taxes from ships bringing goods to Lagos Island.

In 1867, there was a great tension between the Christian community and adherents of the traditional religion in Abeokuta which was on the verge of escalating into a sectarian crisis. On the eve of departure of some European missionaries from Abeokuta, the native Christian converts which were afraid that the dominant traditionalists would wedge war on them in the absence of their European proctectors begged the Europeans to take them along to Lagos.

On getting to Lagos, the European missionaries went to the king of Lagos to ask for him to allocate land for the Egba Christians from Abeokuta. In response, the king said Lagos Island was already filled up and he couldn’t afford to give the little available land to the Egba people. Instead he suggested that the Colonial Governor, John Hawley Glover, contact his brother Oba, the Oloto, whose territory was located just across the lagoon.

Governor Glover approached the Oloto, who agreed to give the Egbas a large tract of land from Oyingbo (now Coates Street) to somewhere just before the lands of Yaba begin (Glover Street, where LSDPC Estate was later built about 130 years later).

The Egba Christians  are notably Saros and Amaros. They formed a community which they called Ago Egba, meaning “Egba Camp”. They built their church, St. Jude’s Church, schools to educate their children, and trading commenced. They divided the land into streets which were originally named after their European missionaries and colonial officers. The streets were also named after some of the Egba chiefs like Oloye Osholake. Thus we had Denton Street (which was later renamed Murtala Muhammad Way), Griffith Street, Freeman Street, King George V Street (now Herbert Macaulay Street), Cemetery Street, Bola Street, Osholake Street, Tapa Street and Okobaba Street.

However, due to the academic exposure of these Ebute Metta people, they form the first set of civil servants in Nigeria. After the amalgamation of 1914 and the construction of railways, Ebute Metta became a great destination for many people coming from the hinterland to Lagos, many of whom couldn’t get accommodation on the Island (reserved for only the Europeans and upper class Nigerians).

The Ago Egba people in Ebute Metta constructed the Lisabi Hall which was commissioned in 1938, by which time their third generation descendants had become the engineers, technicians and stationmasters of the Nigerian Railway Corporation with stations and offices nearby.

Yes, it is of no doubt that Ebute Metta is a land of peace, unity and business development even up till date.

Swifttalk Limited, an internet service providing company is always ready to serve you and your organization. Click this link Internet Services to know more about our services.