The Oldest Kingdom In Nigeria 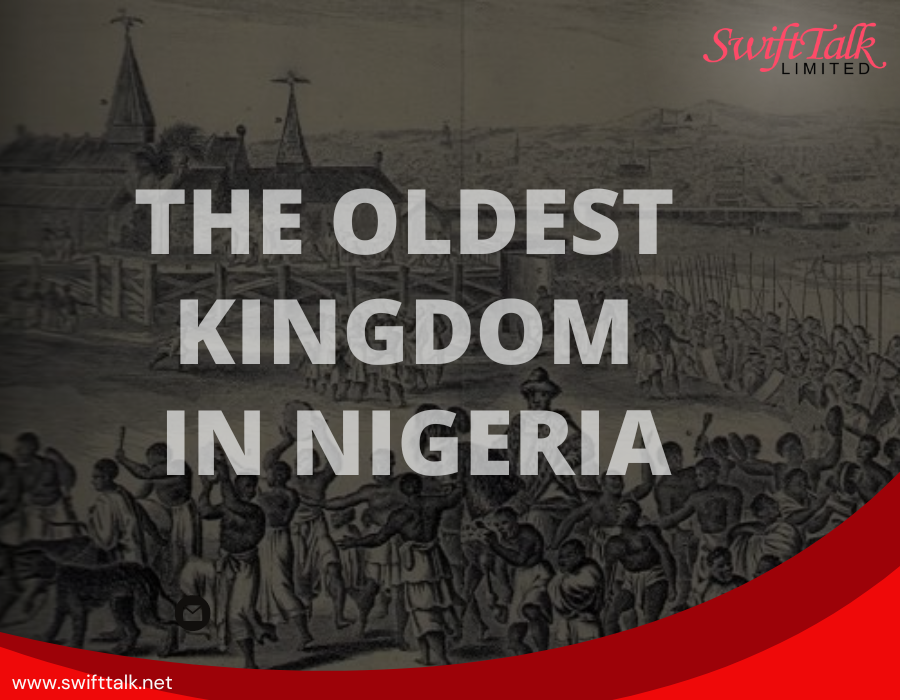 The history of Nigeria could be traced back before the arrival of our colonial masters. During this period,  around 900AD, there were few kingdoms then, and which still survive till today. However, in this article we will digress to discuss the history of Nigeria and subsequently know the oldest kingdom in the country.

HISTORY OF KINGDOMS IN NIGERIA

The history of Nigerian kingdoms dates back many years ago before the country was known of its current name. This was preceeding the colonial rule, when the country finally got independence. Before the British invasion of West Africa, i.e Nigeria’s colonial masters taking control in the late 19th century, many indigenous polities emerged in the country. Some of them are discussed below.

The prominent Hausa empire, which is what is now known as the northern Nigeria. The empire included states of Kano, Katsina, Zaria, Gombe, and the rest of others which make up the largest kingdom in Nigeria then. The Kanem-Borno empire, which is now Borno and Adamawa states; and the Jukun states of Kwararafa, Kona, Pinduga, and Wukari were other smaller kingdoms which were in the northern part of Nigeria. Others included those of the Igala, Nupe, and Ebira.

In the southern part of the country, many notable kingdoms also existed even till the present time. The Yoruba empires of Ife and Oyo were the occupants of the southwestern region of the country. Edo kingdom of Benin, which is an ancient empire in the country, make up what is now Edo state. The Ibibio-Efik kingdom make up the present day Akwa Ibom and Cross River states. In the delta region of the Niger, the Itsekiri kingdom of Warri, the Ibibio kingdom of Akwa-Cross, and the Ijo (Ijaw) city-states of Nembe, Elem Kalabari, Bonny, and Okrika added to the list of old empires in Nigeria.

However,  this article provides more information on the oldest kingdoms in Nigeria. Below, is the narration of  kingdoms and empires that existed first in the country.

THE OLDEST KINGDOM IN NIGERIA

The kingdom of Benin is the oldest kingdom in Nigeria. The history of this kingdom which could be traced thousands of years ago made them earn this mark as the most ancient empire in the country.

Back then in the 900s, the Kingdom of Benin began when the Edo people settled in the rainforests of West Africa, which is the present day Edo state. These people had a sudden rise, before 1400s they created a wealthy kingdom with a powerful ruler – the Oba. The Obas were the supreme ruler in the Edo kingdom. They were highly honored and they lived in beautiful palaces decorated with shining brass.

These rulers, the Obas per say spearheaded the affairs of the entire kingdom which made them won more land which eventually made them rise to feat of empire.

The kingdoms in the empire was called Igodomigodo. It was ruled by a series of kings, known as Ogisos (‘rulers of the sky’), which were subject to the Obas. According to history, it was learnt that around the 1100s, there were struggles for power and the Ogisos lost control of their kingdom.

This resulted to the Edo people seeking for help from their neighbour, the King of Ife. In response to it, the king of Ife then, sent his son, Prince Oranmiyan to restore peace to the Benin kingdom. The king of Ife eventually chose his son Eweka to be the first Oba of Benin. Eweka was the first in a long line of Obas, who reached the peak of their power in the 1500s. After his reign, other Obas took over in succession, of which till now the kingdom still have a recognisable Oba as their ruler.

As at 16th and 17th centuries, the Benin kingdom comprises parts of southeastern Yorubaland, and the western parts of the present Delta State. But at present, due to regional divisions and state creation by the central government, the trace of the old Benin kingdom is significant in the present Edo state of Nigeria.

Meanwhile, let’s now look at other old kingdoms and empires in Nigeria which followed the Bini kingdom.

Here are some other ancient empires that were in existence many years ago before the foreigners entry to the country.

Borno was once a powerful empire that existed in the 9th century. When the Arabic writers in North Africa first noticed the kingdom of Kanem, east of Lake Chad. A centralized state was established over the Sao by a pastoral group and ancestors of the Kanuri. This made the Kanem rulers to dominate the southern and western part of Lake Chad and they gain size and populace over there. The history book has it that around the 12th century, the Kanem-Borno empire had been compelled by attacks from the Sao to move their capital to the region west of Lake Chad, and they gradually lost control of most of the original Kanem. In the present Nigeria, the states of Borno and Adamawa, and some bordering parts of the Lake Chad are what makes up what was known to be the most powerful empire in Nigeria – the Borno empire.

The Hausa people dominated the Northern part of the country. The Hausa history as a kingdom could be dated back to many centuries when they arrived Northern Nigeria from Mali. This kingdom extends beyond the Jos Plateau, up to Niger republic. This empire was an enviable one as it rose to become one of the leading kingdoms as at then. They were very formidable because of their strong war force which supersede the neighbouring kingdoms. This prowess made the Hausa kingdom to conquer parts of the Kanem-Borno empire and made the latter go into extinction.

Most places such as Daura, Katsina, Kano, Zaria, Gobir, and, later, Kebbi each with a walled city, a market centre, and a monarchical system of government make up the Hausa kingdom.

When it comes to Yoruba land, the history of kingdom has to be traced back to the great Ife. Ife, which is a sovereign kingdom under the Yoruba land, came to existence between the 11th and 15th centuries. Their presence in the forest areas of west of the Niger and south of Hausa land made them to be the most powerful kingdom there. History always trace the existence of this kingdom to Oduduwa, the ancestral town of Ile Ife in the present day Osun State.

Also, Oyo Empire is closely related to the Ife in the Yoruba empire. They existed since in the 14th century and are found in the savanna to the north of the forest. The Oyo empire was a renown entity in the western part of Nigeria and from the colonial rule down to the present day, Oyo still remain a powerful empire in the Yoruba land.

Do you know that Swifttalk Limited is offering internet enabled services in all this empires, and kingdoms?

contact us  today to know how we can be of service to you.