What You Should Know About Your Sim Card 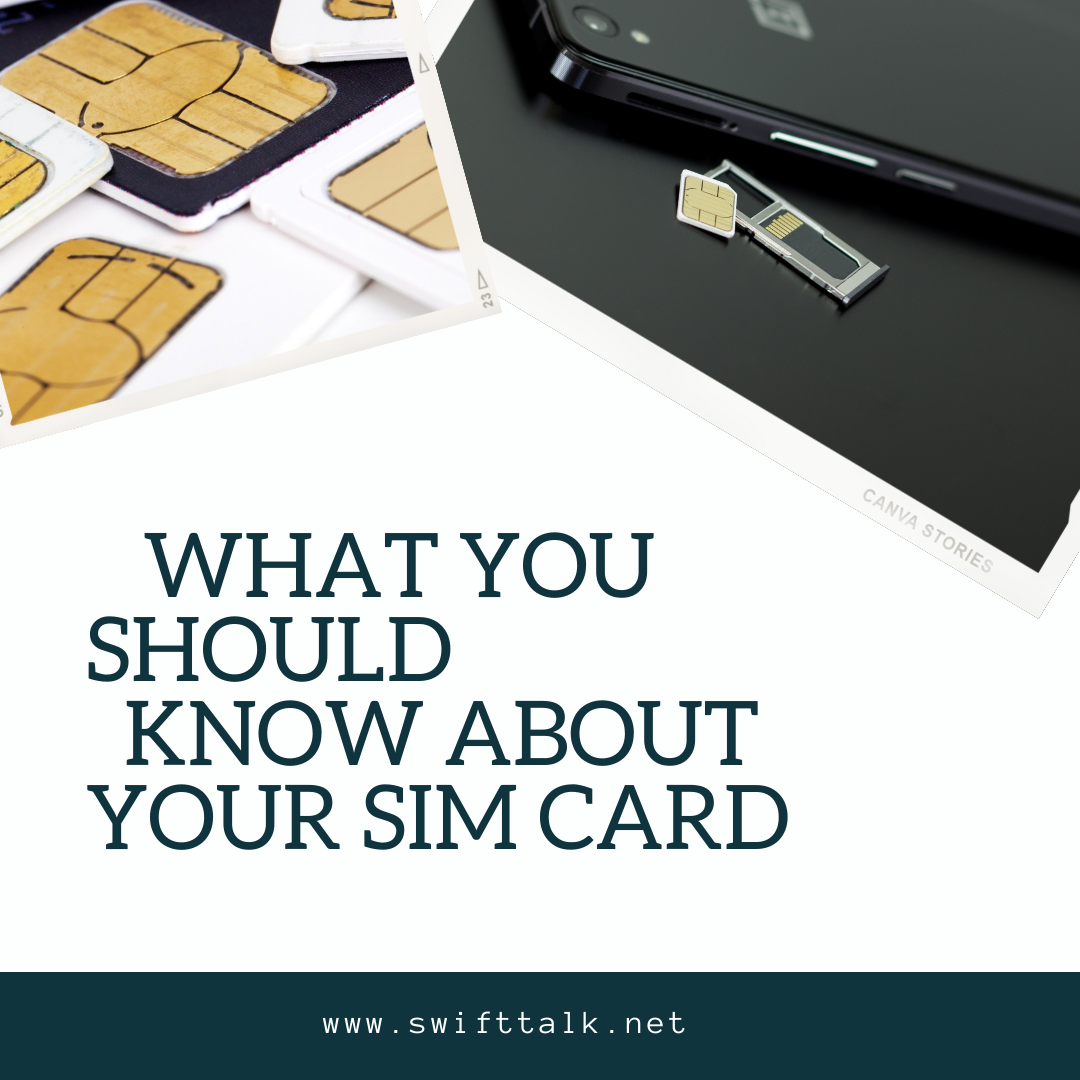 The small cards that you can slot in and out of cell phones and other devices in order to activate network service. Majority of cell phones throughout the world have it in order to perform their function. This small card is what we call Subscriber Identification Module (SIM) or popularly called SIM Card. It comes in varying sizes.

It is an integrated circuit (IC) intended to securely store the international mobile subscriber identity (IMSI) number and its related key, which are used to identify and authenticate subscribers on mobile telephony

devices (such as mobile phones and computers).

The Origin of SIM Card

In 1991, the first SIM card was developed by Munich smart-card maker, who sold the first 300 SIM cards to the Finnish wireless network operator. The development of SIM card was as a result of the emergence of mobile phones. However, mobile phones came as a result of the efforts of the European Conference of Postal and Telecommunication Administration (CEPT) to develop a mobile and standard device of communication. This standard, which became known as Global System of Mobile (GSM), was meant to ensure compatibility of mobile telephone systems throughout Europe. These networks were first proposed in the early 1980s.

Technically the actual physical card is known as a universal integrated circuit card (UICC); this smart card is usually made of PVC with embedded contacts and semiconductors, with the SIM as its primary component. In practise the term “SIM card” refers to the entire unit and not simply the IC.

First  SIM cards were as big as the credit and bank cards in sizes. Over the years, SIM sizes have been reduced several times usually keeping electrical contacts the same, so that a larger card could be cut down to a smaller size. And today we can talk of macro, micro and nano sizes of the cards.

The owner also has two passwords: a personal identification number (PIN) for ordinary use, and a personal unblocking key (PUK) for PIN unlocking. This duo enables the user to have some control over the SIM in a condition of lost or and blocking from the network providers.

Each mobile network provider produces their own SIM card, unique to them in a number ways. It is the mobile network providers that owns SIM cards. In Nigeria for example, the major Network providers are MTN, Globacom, Airtel and Etisalat. The activities of these companies in relation to their customers are being regulated by National Communication Commission (NCC). This commission monitors and authorises the use of SIM cards in the country alongside other telecommunication related issues in the country.

A mobile number is usually made up of the Mobile Country Code (MCC), Mobile Network Code (MNC) and the Mobile Subscriber Identification Number (MSIN).

From the foregoing, its obvious that  this is one of the most important parts of your phone.

Without it, your phone will not be able to connect to your wireless carrier’s cellular network.

The primary function of a cell phone is for making calls. without a SIM card in your cell phone, you will not be able to place a phone call.

Without a SIM card, one cannot surf the net because it is a link between your cell phone, personal computer and your network provider.

Do not forget to reach us at Swifttalk Limited for your internet service provider.