The Ogbunike Cave in Anambra State 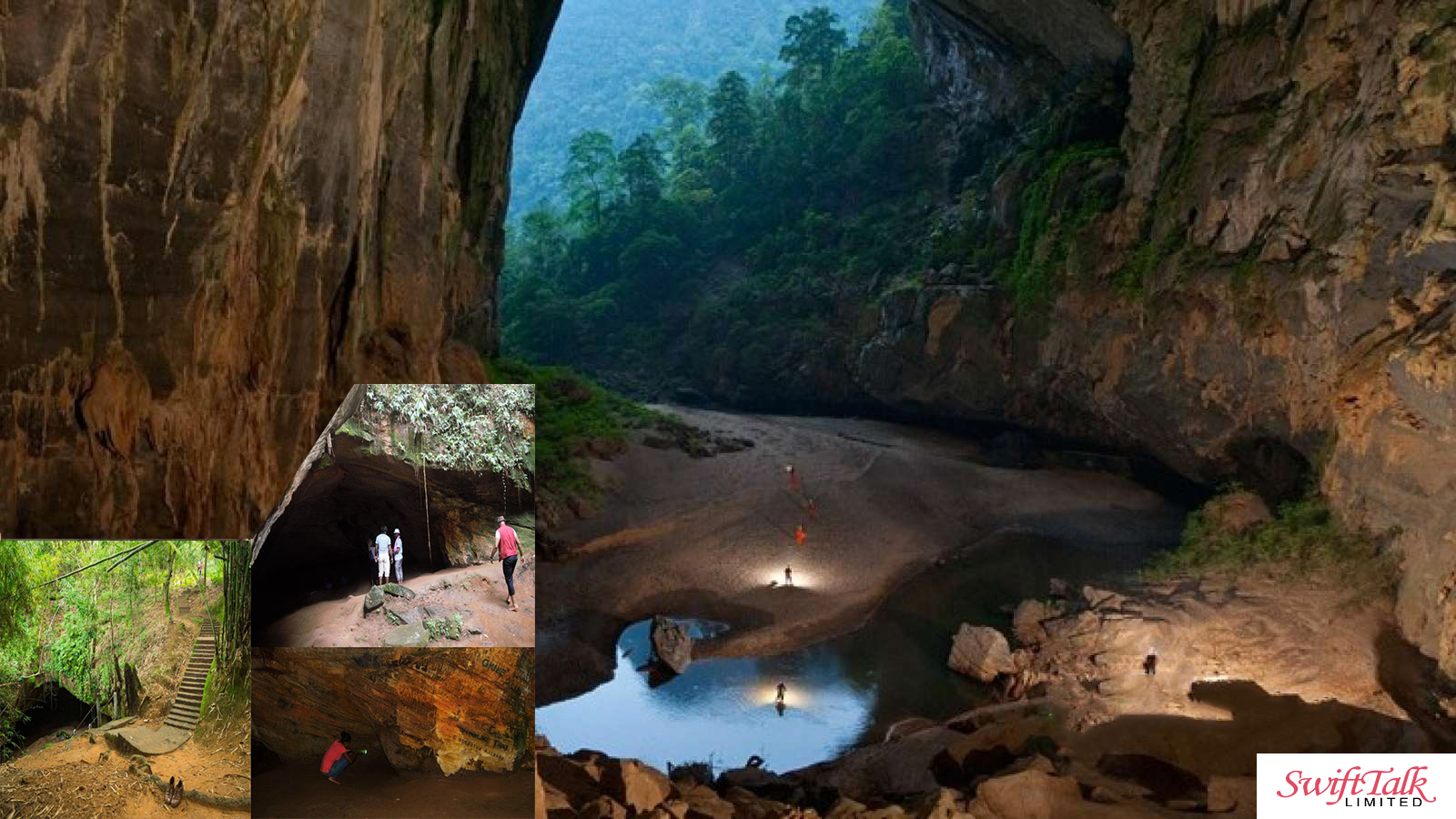 Ogbunike Cave is one of the most popular caves in Nigeria. The cave is located in Ogbunike, a popular town in Oyi Local Government Area of Anambra State, Nigeria. According to oral history, it is believed that Ogbunike cave was discovered by a man named Ukwa from the Umucheke family of Ifite-Ogbunike, about 4000 years ago. Although, they are many other myths behind the discovery of the cave. Ogbunike cave’s spiritual significance is highly acknowledged by the host community, the people of Ogbunike which made them to observe the Ime Ogba celebration, which is an annual ceremony used to commemorate the discovery of the cave.

The cave is perfectly structured by nature which makes it unique in so many ways, and this features made Ogbunike cave a tourist centre for both local and international.

The cave has a large opening space of about 5m high, 10m wide and 30m long at the entrance. It is structured in chambers and tunnels. There are ten tunnels at the main chamber leading to different directions. Within the tunnels are big chambers and other tunnels of varying lengths, some of which are interconnected. The cave is mainly occupied by a large colony of bats of different sizes. There are streams and body of water at various places flowing to meet each other. A stream flows out from one of the tunnels into a rapid flowing river (River Nkissa). At the meeting point of the river and the stream one can feel the warm water from the caves and the cold river water. Beside this part of the river, is a piece of land of about 5 by 5 square meters and a table used by visitors to the caves as a relaxation spot.

The surrounding environment of the caves is a vegetation of tropical rainforest that is about 200 metres in radius. It also has enough hectares of land which is set aside and protect it from any form of human encroachment and urbanization.

Ogbunike cave is really an exciting place to be. People from different places do go to  the cave to have fun and explore the great work of nature in the cave. During festive periods like christmas, easter,  public holidays etc, parents and their children, families and their loved ones always troop in to Ogbunike, the city of cave to relax and feel the exciting environment of the cave. Students on their own is not left out as they, from time to time make an excursion to Ogbunike cave to explore more on what a cave is all about. In this case it serves as a research centre to students who are related to that field of study like geological students. Ogbunike cave is one of the tourist places that I cannot easily forget the good memories and experiences I had there.

Many movie industries do go there too to shoot their movies which will help to boost the cultural heritage and entertainment in their work.

The Nigeria Commission for Museums and Monuments submitted Ogbunike cave to UNESCO in the year 2007 which made it to be a UNESCO World Heritage Site. This really brought an overwhelming excitement to the people of Ogbunike.

The government of Anambra State under the administration of governor Willie Obiano, have also added color to the beautiful outlook of the cave by constructing an access road to the cave.

The Cave have good security for visitors at all time.

The 317 steps leading to the cave

The cave which is located behind the Ogba hills, going down the valley of the hills to the Cave through a lengthy walkway has 317 steps. The steps is said to have been constructed by the Anambra State government in the mid 90s.

The water in the cave is therapeutic, that is why most people that visit the cave do come home with the water to be used for healing different ailment. Many people have also testified the healing power of the water from the cave.

Interconnected Tunnels within the Cave

The cave has ten tunnels that is interconnected to each other and one of the tunnels meet a fast flowing stream. This feature add a lot of  excitement to visitors, as visitors enjoy crawling between the interconnected tunnels from one side to the other. Young people mostly like doing this in groups.

One of the most traditional observance at the cave is that everybody must remove his/her footwear while climbing the 317 steps of the cave and also while walking through the Cave. Women on their monthly cycle are also not allowed to climb the steps let alone of entering the cave.

You will really love to visit the popular Ogbunike Cave in Anambra State.

Do you know that Swifttalk Limited is providing Internet Service in Anambra State?. Do well to contact us  today for your internet services.