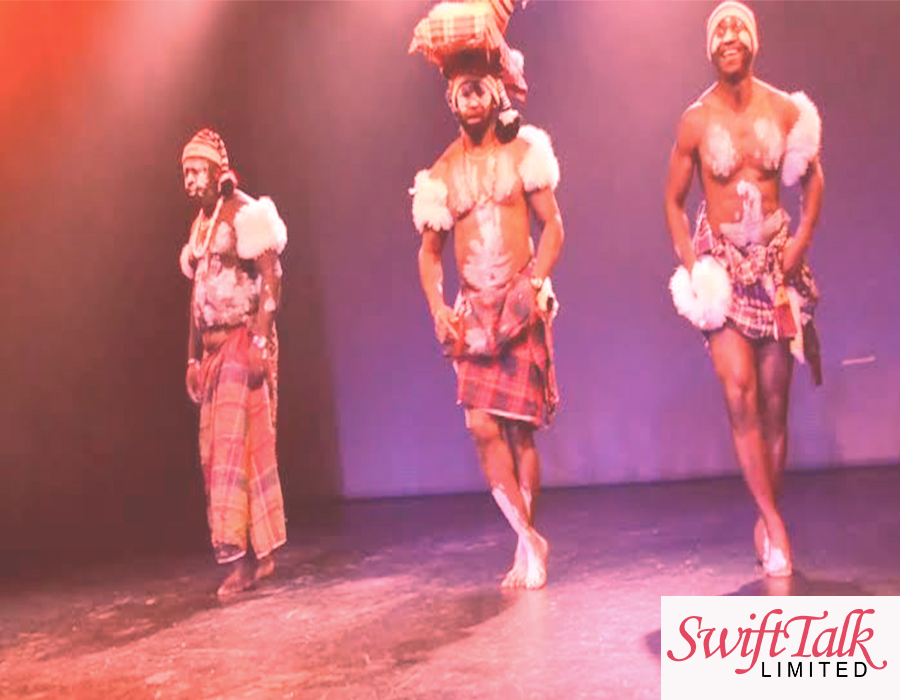 The Ohafia War Dance referred to in Igbo as Ikpiripki Ogu, is a well-known war dance displayed in different parts of the Eastern region of Nigeria. The dance which originated from Ohafia is presented by a group of powerfully built men in remembrance of their strength in fighting and defeating their enemies in times past.

Brief History of the Ohafia People

Ohafia is an Igbo speaking region in Abia, Nigeria. The capital of Ohafia is now located in Elu village.

The Ohafia people were originally natives of Andoli but unwillingly left one night due to what they understood to be a threat. The sound of a calabash was heard and according to their beliefs, it is seen as a sign of invasion. The Ohafia people ran in different directions, one set of people going the way of Ngodo while another group went towards Isuochi. Then, some went the way of Abam. These group were led by Ezeama Atita and his two sons.

The group upon reaching Abam parted ways with one of Ezeama’s sons, they continued towards Ugwumgbo will he remained behind due to his wife not able to continue the journey being heavy with child.  Ohafia people reside in the Ugwumgbo area. Ohafia consist of 26 villages having its central village in Elu. The ruler of every village is called the Eze Ogo. All the eze ogos meet for a council meeting only when decisions are to be taken regarding a case and on ways to better rule the villages.

History of the Ohafia War Dance

Folk literature has it on account that the fore fathers of Ohafia were famous for being great warriors who had an unending hunger for battle. The custom of the Ohafia warrior which lives on as one of the integral identities of Ohafia people depends on the display of iri agha (which in English means the process of beheading a fallen enemy). This is done because they believe that a human’s skull is an evidence to show a man’s courage and strength.

The pass for joining the Ogbu-Isi society and the right to wear an eagle’s plume which is seen as a symbol of courage is by bringing home a human head. The Ohafia warriors were used as mercenaries due to their mastery in the act of war. The Arochukwu people during this time were moving slaves around the eastern region, exploited the Ohafia warriors hunger for war for their own needs.

Since those times, the Ohafia people have been proud of being part of a line of mighty warriors and have kept as part of their spiritual and cultural heritage.

The Ohafia War Dance is performed to honour an individual’s accomplishments. The lead dancer carries a basket full of human skulls (In Igbo called: Oyaya) at the same time holding a short cutlass and puts a small palm shoot in his mouth. The Oyaya displays how many skulls the warriors were able to collected due to their skillfulness and bravery. The other dancers, clad like deadly warriors mime the beheading of a human head, as they dance to the music played with the akwatankwa musical instrument. This act depicts the bravery of the Ohafia men. The Ohafia war dance celebrates the rich cultural heritage of the Ohafia people. This also serves as a glimpse into centuries ago when winning an inter-tribal war meant a great deal to the winning tribe.

A festival is needed to honour this prestigious War Dance which would give visitors the opportunity to see the dance re-enacted by true sons of the Ohafian people.