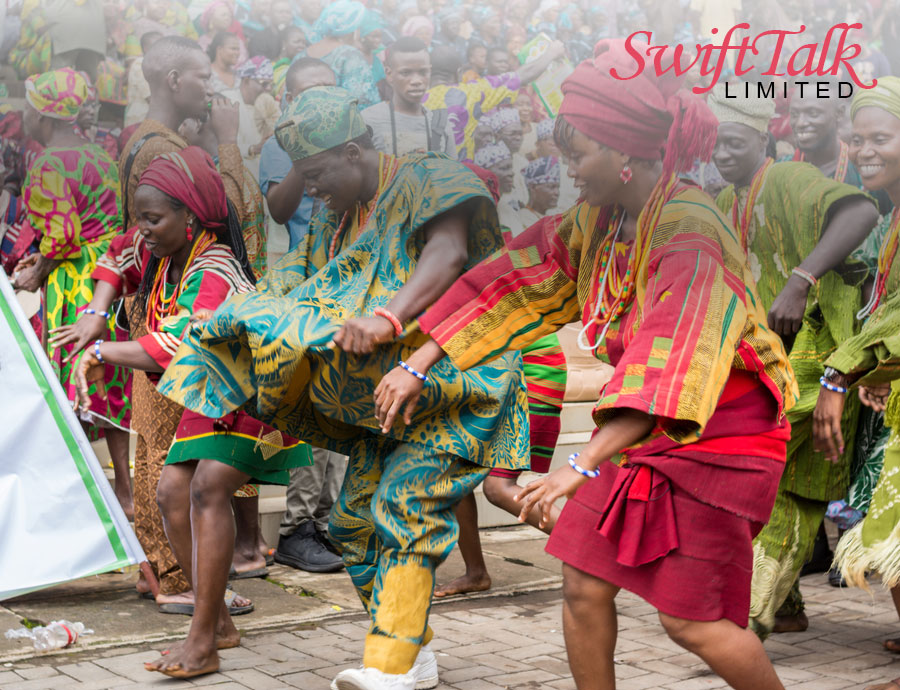 Ijebu ode is a town in ogun state, south west, Nigeria. The town is known for being the home of the revered  Lisabi Festival. The Nomeclature, Ijebu-Ode is the combination of two great personalities & founders of the town namely; AJEBU and OLODE. Both families were the first settlers of the ancient town.

Ijebu Ode is blessed with so much history, culture, cuisine & hospitability that attracts tourists and visitors yearly to the town.

This is one of the most celebrated festivals in Ogun State. It is a remembrance of Lisabi, who fought and rescued them from oppression. Lisabi festival commemorates the celebration of the Egba hero called Lisabi. Lisabi is known as a great warrior who fought assiduously for the peaceful settlement of the Egba people during the intertribal wars around the 1930.

History has revealed that Lisabi, the great Egba hero, did not die but intentionally vanished into the earth in a forest between Maroko and Abatan villages in Obafemi Owode Local Government Area; the place is now known as Lisabi forest.

The forest is bounded in the west of the Ogun River and in the south of Tegbelu stream. Lisabi festival is an annual event held in the month of March amidst pomp and pageantry. The festival attracts visitors and tourists from far and near.

20 Facts about the Ijebu People

1. Ijebu has a major farm settlement that generates hundreds of millions of naira through palm oil processing (Apoje Farm settlement in Ijebu-Igbo) for the government.

2.  Ijebu was the first indigenous CLERK to the European Missionaries.

3. Ijebus were the first to settle in Lagos and Ibadan.

4.  Ijebus were the first people to have contact with the Europeans in the 14th century.

5. Ijebus were the first to be educated through Western education.

6. Ijebu is the largest ethnic group in Nigeria (wow!!!)

7. First people to manufacture gears of war in Nigeria.

8. First people to contend the slavery extortion in their region.

9. The first people to invent money made from cowry shells, later made Coins called “PANDORO”, which became acceptable through Africa and Europe.

10. When Oduduwa was blind, an Ijebu King (fifth Awujale) was the one to provide a remedy to restore his sight.

11. Chief Obafemi Awolowo was the first individual in the modern era to be named Leader of the Yorubas (Asiwaju Omo Oodua).

13. An Ijebu man was the first Nigerian to play in the English Premier League in the early 60s.

15. Mike Adenuga, an Ijebu man from Ijebu-Igbo, was the first Nigerian to single-handedly own Oil, Mining and Telecommunication (GLO).

16. An Ijebu man, late Chief Kuti (Abusi Odumare) from Ijebu-Igbo was the first Nigerian to be banned from building further houses in Lagos having owned about 100-storey buildings in Shomolu and Ebute Meta!

17. The first black man to publish an indigenous Bible with dictionary and concordance was an Ijebu man (Rev. Dr Basil Kayode Balogun ) from Ijebu-Igbo.

18. Do you know that Ijebu land(Ijagun) hosts the 1st university of education in Nigeria?

19. The Commercial capital is Sagamu!!!

20. The Spiritual capital is Ijebu Igbo!!!

21. Do you know IJebu-Ode is SwiftTalk Limited WAN & Service Town.